LuxUpYourAmbience at Home as a Museum

LuxUPCannes at Le Palais Bulles
Round shapes in harmony with soft colors.. Pierre Cardin described the palace as being like « the body of a woman »

“In the round you always feel good!”, Pierre Cardin is convinced. Finally, the fashion designer made Antti Lovag’s architectural experiment near Cannes in 1991 his summer residence. To this day, the iconic structure harmonizes with the human body thanks to the circular spaces and the Mediterranean Sea view, making it the perfect location for parties and fashion shows!

Perched high up in Théoule-sur-Mer looking out over the bay of Cannes, is the Palais Bulles, blushing pink in the Southern sun, with its feminine and futuristic natural curves. Built in 1984 by Pierre Bernard with architect Antti Lovag, and bought by fashion designer Pierre Cardin in 1992, this beautiful place with its many round windows hosts events and fashion shows, inlcuding the upcoming fashion festival ASVOFF. Click through the images for an access-all-areas guided tour of this unique villa.

For its tenth edition, the fashion film festival A Shaded View on Fashion Film (ASVOFF) will pack its bags and head to the south of France September 7-9, to an incredible location: the Palais Bulles. Perched high on Théoule-sur-Mer facing the bay of Cannes, this 1200m² villa, which was built in 1984 by Pierre Bernard and the architect Antti Lovag, and bought by the fashion designer Pierre Cardin in 1992, is an architectural gem inspired by cave-dwellings, marking a return to the first homes of mankind. It is made up of sensual curves – Pierre Cardin described the palace as being like « the body of a woman » – with labyrinthine corridors and spherical rooms lit though thousands of round windows by the sky and the sea. This sunny pink villa houses the works of young artists, and sublime pieces of 1960s and 1970s furniture bought by the designer, who wanted to make the Palais Bulles a place of modernity and creativity, complete with an outdoor theatre. So we weren’t surprised when Raf Simons, known to love the interplay between art and architecture, chose to present his Dior Cruise 2016 fashion show here in May 2015. A new piece of fashion history will be born at this unique place in September when it welcomes the A Shaded View on Fashion Film festival, created by Diane Pernet. The program includes fashion films and documentaries, including a teaser of House of Cardin, over three days of competition, subject to a panel of judges comprised of Michèle Lamy, Dries Van Noten, Olivier Saillard, Rick Owens and Jean Paul Gaultier. And the latest is that Mademoiselle Agnès will be the Mistress of Ceremonies. A Shaded View on Fashion Film (ASVOFF), 7 – 9 September 2018, Palais Bulles, 33 Boulevard de l’Esterel, 06590 Théoule-sur-Mer Photo credit : Cloe Harent 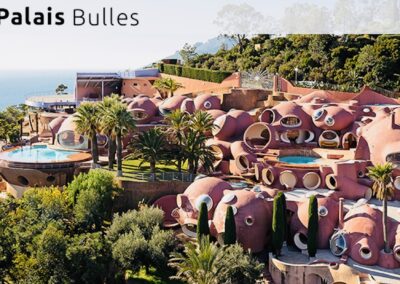 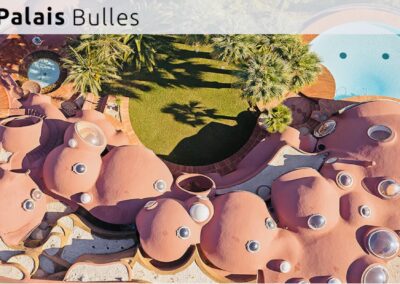 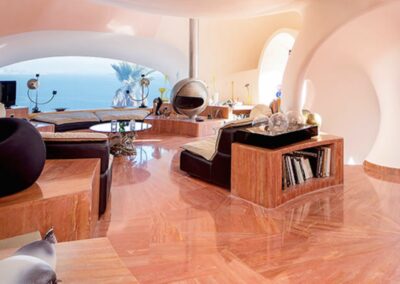 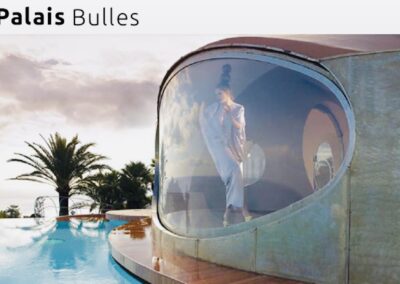 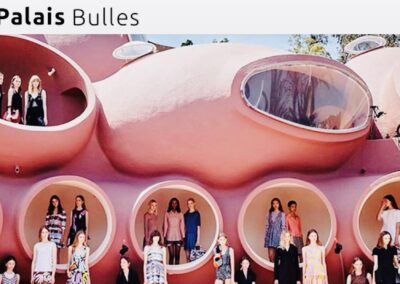 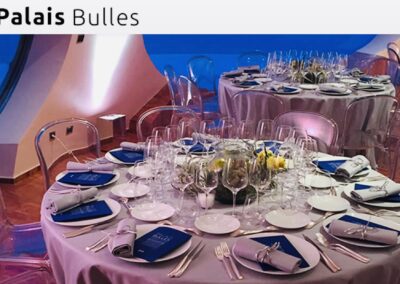 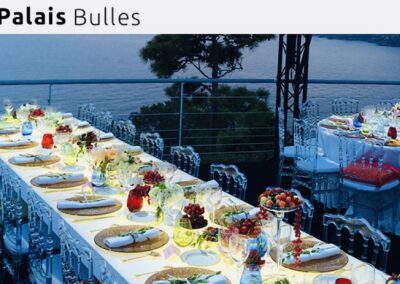 Who plans a short trip to Prague, should definitely visit the Klementinum. As one of the most beautiful buildings in Europe impresses the extensive area with the baroque library hall, the lavishly decorated mirrored chapel and the view from the astronomical tower. We let ourselves be inspired and style the classic splendor with dark wood furniture, globes and gold ornaments in the interior.

The large complex of Klementinum was founded by the Jesuits after their arrival in Bohemia in 1556. Initially, members of the order lived in a former Dominican monastery, but in 1653 began expanding their premises. The reconstruction lasted over 170 years, so there is a variety of architectural styles in Klementinum. With more than 2 hectares it is also one of the largest building complexes in Europe. Prominent architects were involved in the design of the building, for example Carlo Lurago, Franz Maximilian Kanka or Kilian Ignaz Dientzenhofer.

Jesuits ran a school in the Klementinum from its foundation, in 1622 it was promoted to a university. In addition to classrooms and bedrooms for the community, the Jesuits also built a library, a print room, a pharmacy, theater and of course church buildings. Klementinum was merged with the Charles University in 1654, along with its library collection. The newly established Charles-Ferdinand University in Klementinum housed philosophical and theological faculties. The Jesuits had to leave Klementinum after the order was disestablished in 1773, but the university remained. After the division of the university into Czech and German parts in 1882 only the Czech part stayed. In 1930, the philosophical faculty moved into a new building and Klementinum became the seat of the National Library.

LuxUpYourEyes… this is fascinating artistic modernity

On the art island of Saadiyat Island on the edge of the Persian Gulf, since its opening in 2017, the magnificent Louvre Abu Dhabi has been rising. And the masterpiece of star architect Jean Nouvel at first glance conveys how sensual and fascinating the fusion of modern, Western design and Arabic cultural tradition is. These views make you want a modern crossover.

The Louvre Abu Dhabi is an art and civilization museum, located in Abu Dhabi, United Arab Emirates. The museum was inaugurated on 8 November 2017 by French President Emmanuel Macron and United Arab Emirates Vice President Mohammed bin Rashid Al Maktoum and Crown Prince of Abu Dhabi Mohammed bin Zayed Al Nahyan.[3] The museum is part of a thirty-year agreement between the city of Abu Dhabi and the French government. The museum is located on the Saadiyat Island Cultural District. It is approximately 24,000 square metres (260,000 sq ft) in size, with 8,000 square metres (86,000 sq ft) of galleries [4], making it the largest art museum in the Arabian peninsula. The final cost of the construction is expected to be about €600 million[5]. In addition, US$525 million was paid by Abu Dhabi to be associated with the Louvre name, and an additional US$747 million will be paid in exchange for art loans, special exhibitions and management advice.[6]

Artworks from around the world are showcased at the museum, with particular focus placed upon bridging the gap between Eastern and Western.

Fountain of light by Ai Weiwei.

The museum is designed as a “seemingly floating dome structure”; its web-patterned dome allowing the sun to filter through. The overall effect is meant to represent “rays of sunlight passing through date palm fronds in an oasis.”[15][16] The total area of the museum will be approximately 24,000 square metres (260,000 sq ft). The permanent collection will occupy 6,000 square metres (65,000 sq ft), and the temporary exhibitions will take place over 2,000 square metres (22,000 sq ft).

Curtain up for the curves of the Teatro Regio! With the design of the Piedmontese theater, the designer Carlo Mollino staged an ode to the female forms and created a hybrid fantasy world of red velvet, white marble and raw concrete. And the fact that the building with its oval-age bars in the space-age look hides behind a Baroque façade in Piazza Castello makes the theater perfect!

The Teatro Regio of Turin is the Opera House of the City of Turin, one of the largest international opera houses with a billboard that every year offers a season of opera and ballet, concerts, musicals and a rich program for families and for the children. The Teatro Regio is located in the heart of the city, in Piazza Castello, the origins of the majestic theater date back to 1740 and the facade is declared, since 1997, UNESCO World Heritage Site. The Orchestra and Chorus of the Regio are the protagonists of the artistic activity of the Theater with many recordings on CD and DVD and a rich international presence thanks to prestigious tours all over the world.