New Orleans: the authentic sonority of the land of jazz

The Big Easy, Crescent City or fondly NoLa … all the names lead to the same place: New Orleans, a city that vibrates today thanks to a combination of music, cuisine, architecture, warm weather, history and party that does not find similar in USA. And even more: it exudes an air of relaxation, mystery and possibilities that explains its fame and attracts more and more tourists.

The cultural center of New Orleans is the French Quarter, a must see for its vibrant energy, rich history, diverse architecture, good music, street performers and renowned jazz clubs. All this in the area of ​​the best art galleries and restaurants in the city.

For more than 50 years, the celebrated music hall of New Orleans, right in the heart of the French Quarter on St. Peter Street, has highlighted the city’s brightest talents. Today, musicians gather every evening to play traditional acoustic jazz in the historic listening room. There are up to five performances per night, each with 45 minutes.

Some of the biggest singers in the jazz music were born here, such as pianist Jelly Roll Morton, clarinetist Sidney Bechet, Marsalis brothers (Wynton, Branford and Delfayo, who helped revive jazz and give it nobility from the 1980s) and the greatest of them of all times: trumpeter and composer Louis Armstrong (1901-1971), who today lends his name to the park, in Tremé (neighborhood that was portrayed even in TV series).

“The musicians do not retire; they stop when there is no more music inside.” / Louis Armstrong

Since 1699, when Pierre Le Moyne celebrated Fat Tuesday at his Mississippi River camp, Mardi Gras has been an integral part of Louisiana’s culture. At the Presbytère permanent exhibit at the Louisiana State Museum you can relive the extraordinary carnival tradition through rare artifacts, dozens of magnificent costumes and video exhibitions. And he understands why the party is intrinsically linked to the Louisiana lifestyle whose roots extend into the Middle Ages.

In New Orleans, music comes from every corner – and it’s not about force of expression. While walking through the French Quarter or Jackson Square, it is not difficult to find any of the martial-style brass and percussion bands on the streets that revive jazz as it was at the time it was born.

Jazz clubs thrill all day and all night long

New Orleans produced its share of musical giants, from great names like Louis Armstrong, Dr. John and Allen Toussaint to contemporary artists like Trombone Shorty, Big Freedia and Hurray for the Riffraff.

In a relatively small set of blocks, downtown, on the banks of the Mississippi River, is the French Quarter, a neuralgic point of the city immortalized in films with its typical architecture, where it still cooks the same cultural broth that gave the world the jazz revolution, in the last century. Yes, jazz was born here in Nola and has a museum dedicated only to it, the Museum of Jazz. In there…

The lobby of the glamorous Royal Sonesta hotel houses The Jazz Playhouse, arguably the city’s best jazz club. In a luxurious and sophisticated environment, you will find the greatest jazz talents of New Orleans. Original cocktails and appetizers inspired by the city’s jazz culture pack the incredible evenings at this intimate club atmosphere. The night I went to meet the Playhouse, the band Grass Aholic excited the audience. Sound of quality, honed musicians and the relaxed vocalist Winston Turner made all the difference in the show.

Royal Street and the surrounding streets are a pleasing combination of elegant antique shops and boutiques, fine jewelry, colorful art galleries, world-class hotels and restaurants. No wonder tourists and locals gather on Royal Street when they want to have a genuine experience in New Orleans.

Inspired by European markets, the French Market is an open-air area that offers shops, restaurants and music in an exclusively local tradition.

Take the historic St. Charles Streetcar to the Garden District, one of New Orleans’s most interesting areas. It is the piece of American fact of the city, built between 1832 and 1900, and which today is considered the best-preserved collection of mansions in southern style in the country. Bordered by St. Charles Avenue and Magazine Street, the area offers a real time travel with architectural gems where temporary residents have stayed as celebrities as actors Sandra Bullock and Nicolas Cage.

Survivor of the devastation of Hurricane Katrina in 2005, the city exudes air of relaxation and mystery that attracts more and more tourists

From Monday to Monday, the bars, especially those of Bourbon Street, offer live music of the most varied styles. And the streets boil in Mardi Gras, its famous carnival, with its fanfares and parades of krewes, associations equivalent to our carnival blocks.

Frenchman Street is packed with locals and is known for its wide variety of live music on any night of the week. The neon of the Blue Nile blinks, a trombone slides and a crowd gathers for another impromptu show on Frenchmen Street. The jazz clubs here are venues that offer a variety of live performances ranging from the traditional rhythm to the blues, from reggae to rock and which attracts audiences from around the world. In Maple Leaf, jazz mixes with blues, funk and unknown rhythms like zydeco, an old type of southern folk. A lot of history and tradition is part of the Snug Harbor Jazz Bistrot that for 30 years was home to such great names as Marsalis, Neville and Toussaint, a golden age of jazz.

In the house where the New Orleans Mint (built in 1838, at the junction of the French Quarter and Frenchmen Street), is now the Jazz Museum, which is dedicated to cataloging and making available thousands of records, scores, photos and instruments of the city’s great jazz musicians. On display, there are currently Louis Armstrong’s first trumpet, Sidney Bechet’s soprano saxophone and even a type of cylindrical gramophone of 1888.

After a night of lots of music and pilgrimage to the city’s jazz clubs, you’re invited to sip a full breakfast at the Court of Two Sisters. The outside area is leafy, scented, a charm only. Tip: try the Bloody Mary in the house because this drink in New Orleans is part of the breakfast.

Two gastronomic chains are present in NoLa: cajun (from the interior of Louisiana, coming from the French colonizer and Creole (local, a mix of French, Italian, German, Indian, African and Spanish traditions in dishes such as jambalaya and gumbo). A few steps from Bourbon Street, Arnaud’s offers classic Creole cuisine and exemplary service in beautiful restored halls at the turn of the century. Since its inception in 1918, Arnaud has remained true to its traditions: the Shrimp Creole dish is simply synonymous with New Orleans.

Situated along world-famous Bourbon Street, the Desire Oyster Bar offers guests one of New Orleans’ most authentic dining experiences. An iconic sign illuminates the entrance to the restaurant, specializing in oysters. Delicious!

The attraction of Café du Monde is coffee with chicory and “beignets”, a type of fried dough and covered with sugar.

The Sylvain restaurant and bar mix behind its small 1796 facade reveals one of New Orleans’ most welcoming courtyards: a secluded retreat in the hustle and bustle of the neighborhood. The kitchen is run by chef Martha Wiggins. 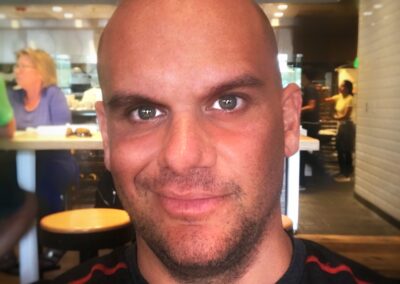 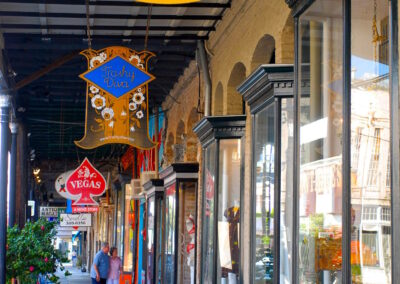 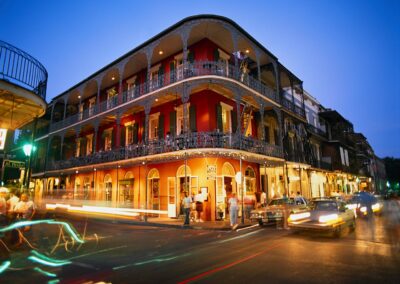 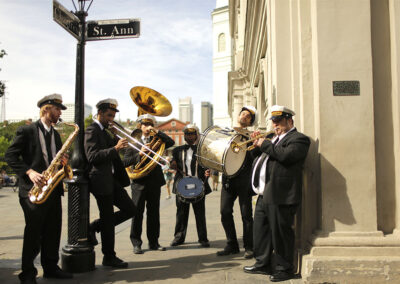 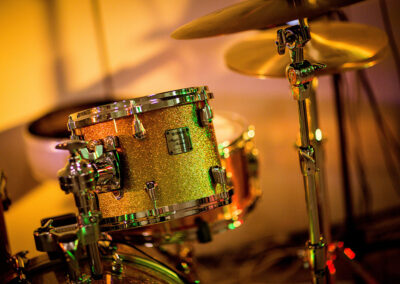 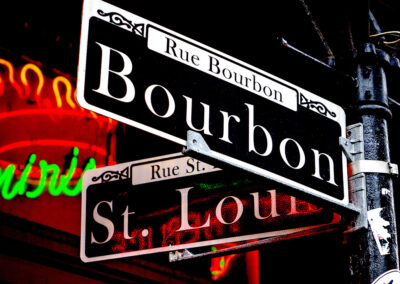 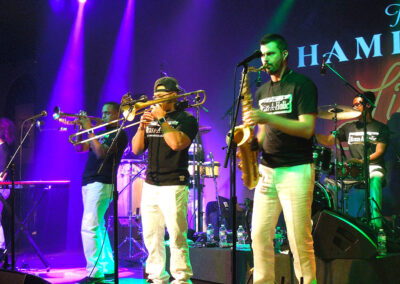 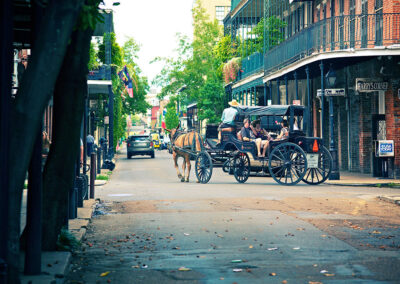 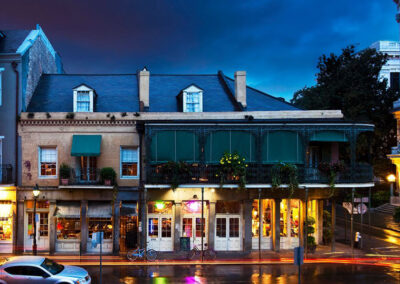 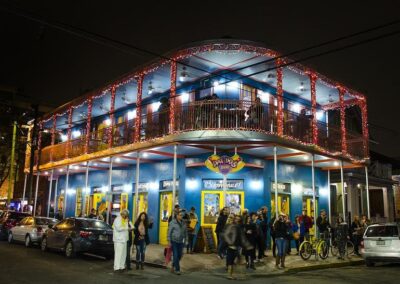 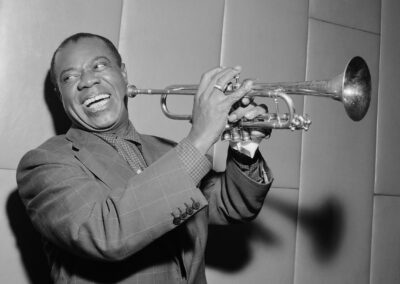 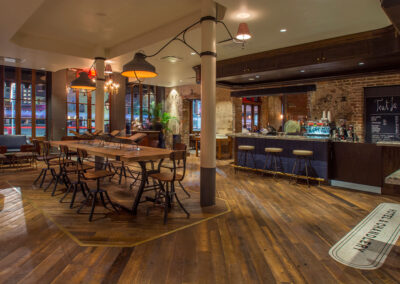 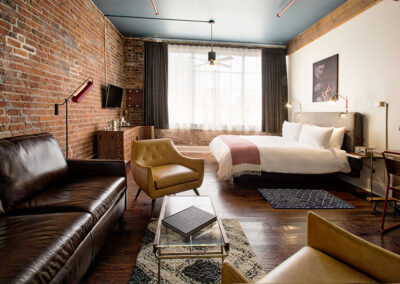 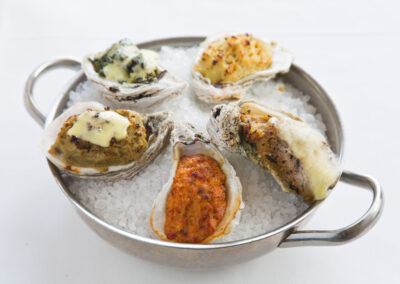 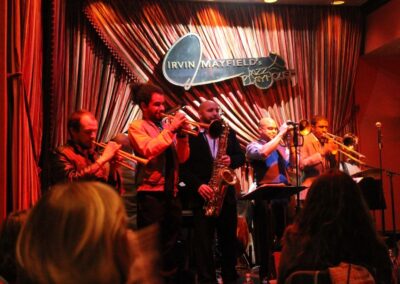 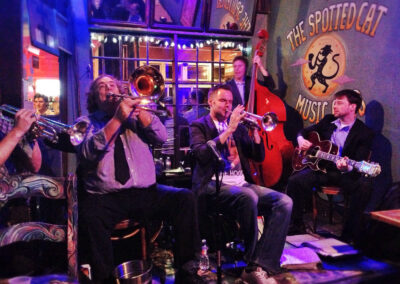